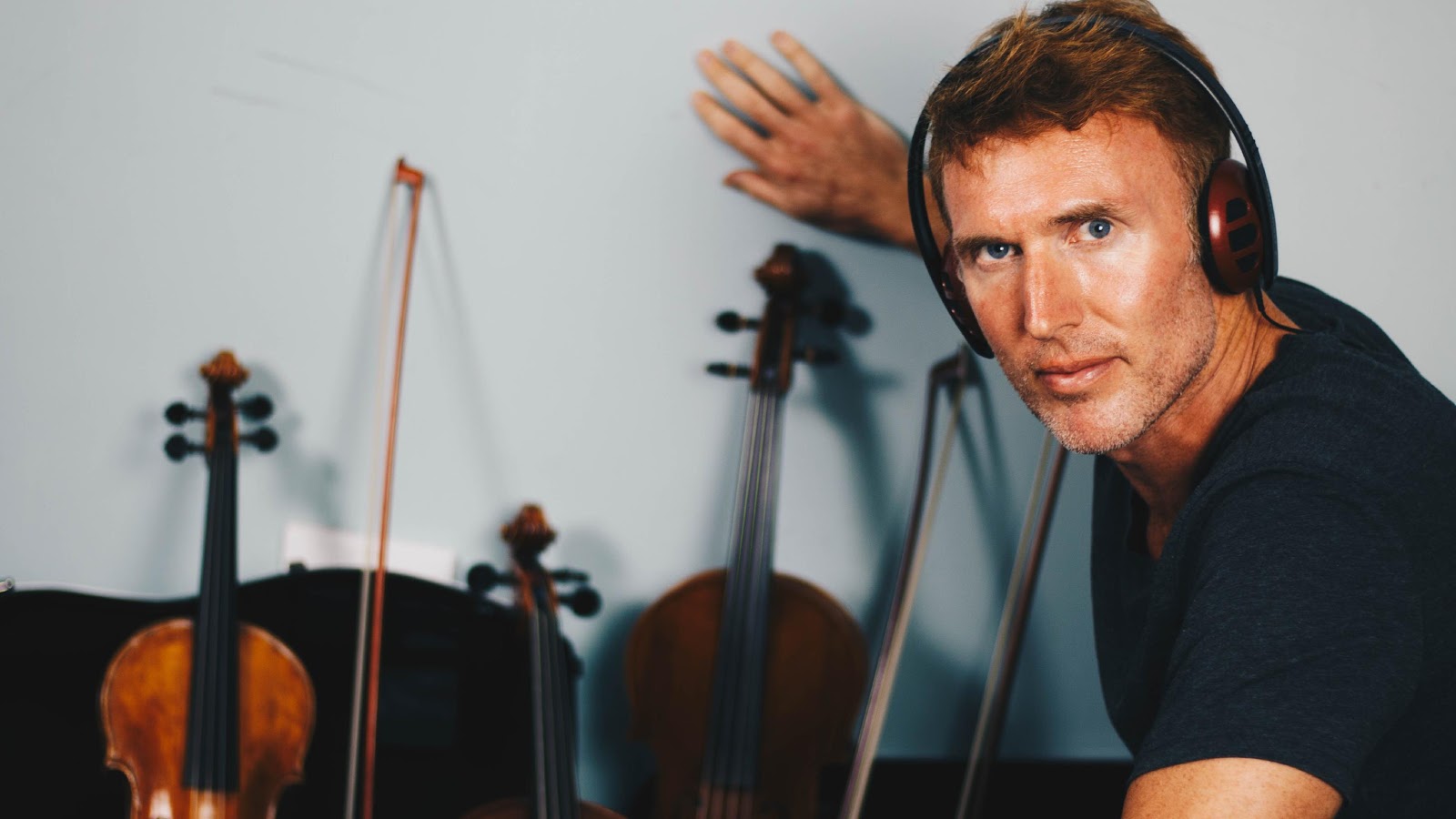 Jonathan began playing the violin at the age of 5 and made his concerto debut in the Royal Albert Hall, performing the Bach Concerti three years later at the Schools Prom.

Aged 18 Jonathan began working professionally with the London Philharmonic and London Symphony Orchestras and by 21 had played with all the major London bands.

At 28 Jonathan became a Signed artist to E.M.I Classics as part of the group ‘The Planets’ which went on to sell 500,000 albums worldwide.

After two years of solo performances around the world the group disbanded and Jonathan moved to commercial session work, where he has worked for the last 25 years and has appeared on over 2000 recordings and had over 2 billion streams.

His journey through the various genres of music has involved the cast albums for many musicals and also contributions to the soundtracks of a plethora of blockbusters including The Lord of the Rings trilogy.

He was the lead/solo violinist of the longest running and most famous show in the world, ‘Les Miserables’ at the Sondheim Theatre, London for a decade, resigning in 2021 to concentrate on solo and leading commitments.

Jonathan is the guest leader and soloist for many orchestras including The Royal Philharmonic, BBCSO, London Concert Orchestra, National Symphony Orchestra and Ballet Rambert. He continues to record and perform concertos with orchestras throughout the UK, and also specializes in solo sessions and tracking/stemming work for producers and composers including Hans Zimmer.

With Oliver Davis he recorded the jazz violin opening to an episode of the Simpsons for 20th Century Fox in 2013 which he counts as one of his proudest moments. That and leading the Orchestra of the Swan for an Archers garden party in Ambridge and tracking/stemming for the Thomas the Tank Engine movie.

In 2019 he was concert master for “Sponge Bob Square Pants’ the musical for MTV/Nickelodeon adding another icon to his list.

From 2017-2020 he was the featured artist on ‘Sounds to Pictures’ volumes 1,2 and 3 which were recorded on over £100milliion worth of violins. The compositions of singer/songwriter Tim Arnold became show cases for the instruments of most famous violin makers in history. They included Stradivari, Guarneri Del Gesu, Amati, Bergonzi and Guadagnini.

In 2018 ‘Lost Lake’ by Oliver Davis was recorded by the Royal Philharmonic/Signum Records featuring Jonathan as Soloist. The single reached no.4 in the classical charts and the Album no.1. Again in 2021 for Signum Classics he recorded the title track on Oliver’s album ‘Solace’ remotely with the Budapest Scoring Symphonic Orchestra which has done extremely well in the UK and USA classical charts.

In the lockdown periods of 2020 and 2021 Jonathan designed and built his own studio for tracking strings in a socially distanced manner and has enjoyed considerable success working with artists/producers and institutions including Ministry of Sound, Urban Soul Orchestra, Omar Lye-Fook MBE, Eric ‘Blu2th’ Griggs and many others.

In and amongst this hectic schedule, Jonathan pursues his main interest of traditional Karate and is a fifth Dan (Godan) black belt and assistant senior instructor with three clubs in the Shotokan Karate Association. In December 2016 Jonathan took over as Senior instructor at S.K.A Potters Bar.

He is a keen athlete, enjoys marathons and is currently in training to run the 6 majors. (London, Tokyo, Berlin, New York, Chicago and Boston).